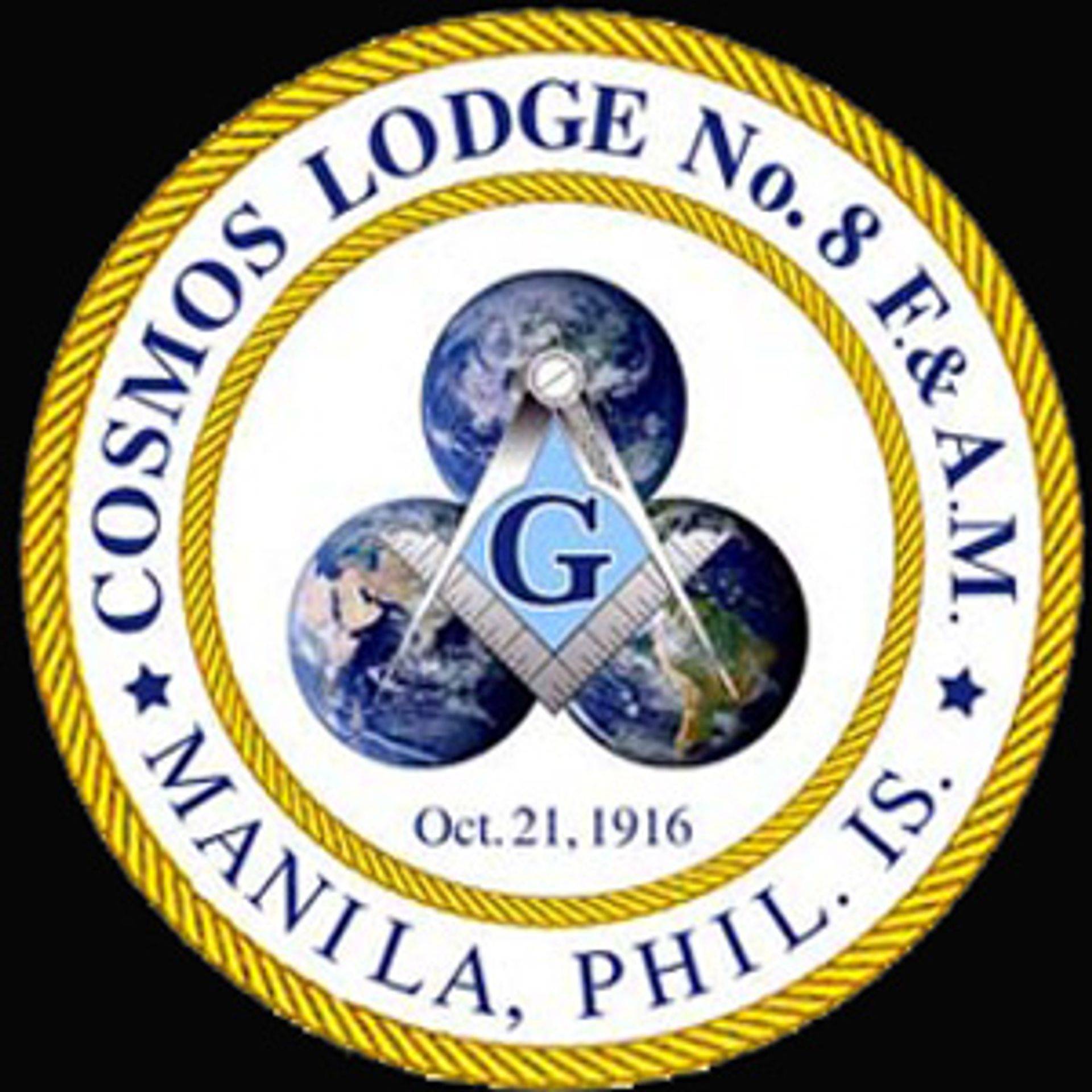 A world was at war, and chaos reigned. During 1916, Europe had been enduring a war in which many nations were engaged and opposed to each other. The principal actors in this drama of 1916 were England and Germany.

War does not reckon friendships and through there were Masons good and true in all of the warring nations in Europe at this time, Masonic friendship were forgotten and an order was issued by the Grand Master of the Grand Lodge of Scotland, expelling all Masons of German origin from any and all the lodges in its jurisdiction throughout the world. An order which virtually affected the lives of a number of Masonic brethren residing in the Philippine islands, resulting in a meeting being held at the Masonic Temple, Escolta, Manila, on the evening of October 21, 1916, by a number of Masons, principally Brethren who were members of Lodge Perla del Oriente No.1034, S.C. and from which meeting was born a new lodge.

The meeting was called to order at 8:30PM by Brother William Friedlander of Perla del Oriente 1034, S.C. to announce that the purpose of the meeting was to petition the Grand Lodge of the Philippine Islands for the dispensation to form a new lodge.

A motion was then presented that Worshipful Brother Manuel Camus, Past Master of Perla del Oriente 1034, S.C. be named the first master of the new lodge to be organized, which motion was unanimously carried.

Worshipful Brother Camus then immediately appointed a committee to draw up a petition to form new lodge under the Grand Lodge of the Philippine Islands which was to be called "COSMOS."

"Cosmos" opposed to chaos, an orderly world or system, a world opposed to war and disorders. A world of Forberance, Charity, Truthfulness, and Kindness, all of which have since its formation been the object and aims of Cosmos Lodge.

The Committee consisted of:

drew up and presented the following petition:

To the Most Worshipful William H. Taylor,

Grand Master of Masons in the Philippine Islands:

The petition of the undersigned respectfully represents that they are Master Masons in good standing; that they were last member of the respective lodges named opposite their several signatures hereunto, as will appear from the dimit or statement of each petitioners, herewith transmitted; that they reside in or near the City of Manila, in the Philippine Islands that among them are a sufficient number of Brothers well qualified to open and hold a lodge of Free and Accepted Masons, and to discharge all its various duties in the three degrees of Ancient Masonry, in accordance with the established usage; and that, having the prosperity of the Craft at heart and being desirous to use their best endeavors for the diffusion of its beneficial principles, they pray for a dispensation empowering them to form, open and hold a regular lodge, at the Masonic Temple at Manila aforesaid to be called Cosmos Lodge.

Which petition was approved and signed by all of the Brethren heretofore shown.

At this meeting Worshipful Brother Newton C. Comfort, Grand Secretary of the Grand Lodge of the Philippine Islands was present, and due to his valuable assistance and aid in the work of organizing of this new Lodge, a resolution was passed to express the thanks of all the Brethren to brother Comfort for his work done on behalf of the Lodge.

Worshipful Brother Camus then made various and sundry appointments of members present to compose several committees necessary for the proper functioning of the lodge, after which the Lodge was closed in due form.

At the subsequent meeting which was held on Monday, November 20th, 1916, at the Masonic Temple, Manila, the Lodge was opened by Worshipful Brother McMicking, with the Secretary reading the minutes of the organization meeting of October 21st, 1916.

At this time the Most Worshipful Grand Master William H. Taylor of the Grand Lodge of the Philippine Islands accompanied by various Brethren of the Grand Lodge, entered the Lodge, and after which, the Secretary read the following dispensation:

THE MOST WORSHIPFUL GRAND LODGE

OF THE PHILIPPINE ISLANDS

TO WHOM ALL IT MAY CONCERN, GREETING:

and promising to render obedience to the ancient usages and landmarks of the Fraternity, and the Constitution and Regulations of our Grand Lodge, and

WHEREAS, the said petitioners have been duly recommended to me as Master Masons in good standing in the manner prescribed by the Regulations of our Grand Lodge by the Master, Wardens, and Brethren of Manila, Corregidor, Bagumbayan, and Southern Cross Lodges, numbers 1,3,4, and 6, under our jurisdiction,  NOW KNOW YE, That I, William Hendrickson Taylor, Grand Master of Masons in the Philippine Islands, reposing full confidence in the recommendations aforesaid and into Masonic integrity and ability of the petitioners, do by virtue of the power in me vested, hereby grant this dispensation, empowering and authorizing our trusty and well beloved Brethren aforesaid, to form and open a lodge after the manner of the Ancient and Accepted Masons, and therein to admit to membership and make freemasons according to the ancient custom, and not otherwise.

This Dispensation is to continue in full force until the first day of February, 1917, unless sooner revoked by me, and I do hereby appoint Worshipful Brother Manuel Camus to be the first Master, Brother Arthur Julius Nicolas Gambler-Gumbert to be the first Senior Warden, and Brother Segundo Ferriols to be the first Junior Warden of the said new lodge; requiring them to return this Dispensation, wuth their books of record, and attested copy of the By-Laws, and a full aforesaid, as at the expiration of the time herein specified, for examination and for such further action in the premised as shall then be deemed wise and proper.

It was also due to the co-operation and help of the members of Cosmos Lodge that the finances of the Lodge were immediately coordinated and placed on a solid basis by its own membership.

And thus came to official being COSMOS LODGE in which we have so harmoniously gathered together and worked throughout the years.

At this special meeting of the Most Worshipful Grand Lodge, the following officers were installed:

Throughout the years Cosmos Lodge No.8 and its members have labored continuously and unceasingly. The project for the building of a Masonic Home, School and Dormitory was inaugurated by the members, headed by Brother Joseph H. Schmidt in 1922.

During 1923, the following letter was sent, of which is self-explanatory:

Dear Sir and Most Worshipful Brother:

Cosmos Lodge No.8, F.&A.M., will esteem a great privilege if you accept from them a silver Trowel to be used in laying the cornerstone of the Masonic Home to be erected in the City of Manila, P.I., and they will feel highly honored if you will return the trowel to them, after it has performed its sacred task, to keep as a memento of this memorable occasion.

To the above, a suitable answer was returned by M.W. Frederick H. Stevens, Grand Master, accepting the offer. In addition to the above M.W. Brother Stevens, also sent his personal congratulations in the following:

Received of Cosmos Lodge No.8 F.&A.M. the sum of One Hundred Dollars ($100.00) for the Washington Masonic Memorial Fund.

P.S.  Congratulations, the first Lodge in this jurisdiction to come through.

And it was during the memorable meeting of August 16th, 1923, with 317 visitors and 43 members of Cosmos Lodge present, with a representation from 82 Lodges of the Philippine Islands and throughout the world, that Cosmos Lodge presented to the Grand Master, also present, its donation of (P1,100), eleven hundred pesos in gold, as its contribution towards the building of the Masonic Home, School and Dormitory.

Another outstanding achievement was the appointing of a committee during the stated meeting of the Lodge on April 2nd, 1934, and from which resulted the Masonic Hospital for crippled children. This ward which is located within the premises of the Mary Johnson Hospital in Manila, has been of invaluable service and help to many unfortunate children of the Philippines. And the committee which consisted of:

Did their work so well that up to date the Crippled Children's Hospital is a fixed institution of the Philippine Commonwealth.

Thus through the years has Cosmos Lodge No.8 labored and sown the seeds of friendship and Masonic good-fellowship and today its members are proud of the oft' repeated phrase.